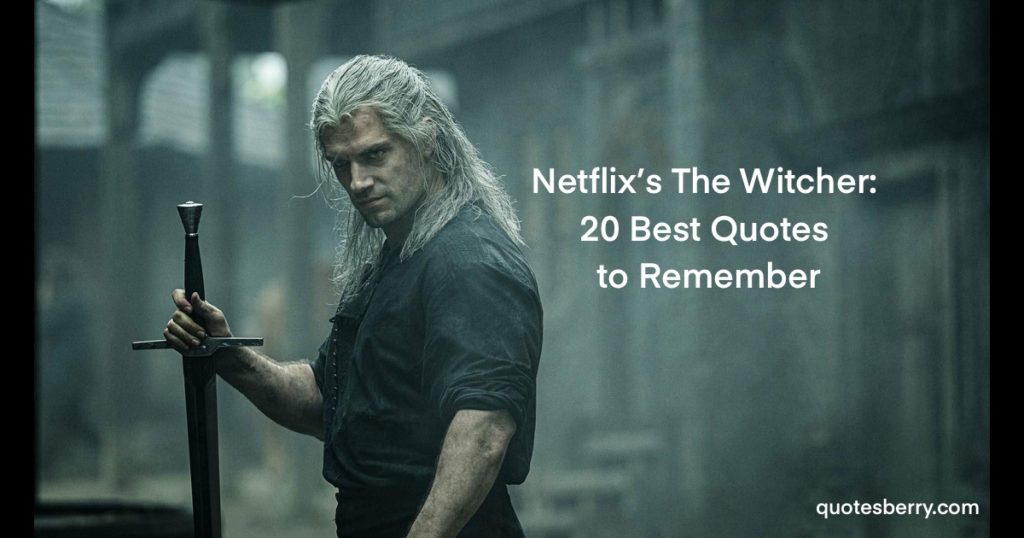 Based on the book series by Polish writer Andrzej Sapkowski, Netflix’s TV series “The Witcher” immediately captured new and longtime fans after it’s released last December 2019. The first season already made a buzz, resulting in those who binge watched looking forward to the next season. There are lots of great and beautiful lines spoken in the show, especially by its lead characters Geralt of Rivia, portrayed by Henry Cavill, and Yennefer of Vengerberg, played by Anya Chalotra. Without further ado, below is a list of memorable quotes at Netflix’s The Witcher Season 1:

“Sometimes a flower is just a flower, and the best thing it can do for us is to die.” – Tissaia De Vries

“I forge my own path. Bleed from my own mistakes. Destiny plays no part.” – Geralt of Rivia

“Destiny is just the embodiment of the soul’s desire to grow.” – Jaskier

“A dynasty can’t survive on arrogance alone.” – Geralt of Rivia

“You can’t outrun destiny just because you’re terrified of it.” – Mousesack

“The Continent is vast. Just because you don’t know of a cure doesn’t mean there isn’t one. It’s simply beyond your scope.” – Yennefer of Vengerberg

“As in life, it is impossible always to be fully prepared for battle. Keep your sword close, and keep moving.” – Queen Calanthe

“I’m special. I don’t know how, or why, but there’s something terrible inside me.“ – Cirilla

“Magic is organizing chaos. And while oceans of mystery remain, we have deduced that this requires two things. Balance and control. Without them, chaos will kill you.” – Tissaia De Vries

“Every time I’m near you, I say more in five minutes than I’ve said in weeks. And I always regret it.” – Geralt of Rivia

“Think for yourselves. It’ll save you a lifetime of heartbreak.” – Yennefer of Vengerberg

“Whatever you lack in talent, you make up for in confidence.” – Yennefer of Vengerberg

“We have to cling to something. If we don’t, the world descends into chaos.” – Visenna

“I dreamed of becoming important to someone. Someday.”- Yennefer of Vengerberg

“For all it brightens, love casts long shadows.” – Foltest

“No treasure is worth dying for.” – Geralt of Rivia

“People linked by destiny will always find each other.” – Visenna